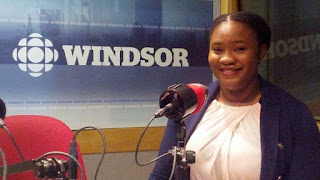 A post-doctoral fellow at the University of Windsor is being recognized for the work she has done investigating the anti-cancer properties of several natural extracts, including those of dandelions.

Pamela Ovadje will receive the Mitacs Award for Outstanding Innovation-Postdoctoral at a ceremony in Ottawa on Tuesday.

Mitacs is a non-profit organization that works with universities, governments and companies in Canada, to build partnerships to promote social and industrial innovation. 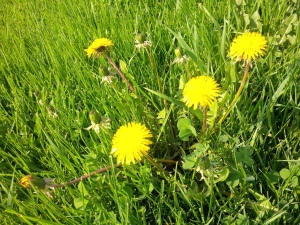 Close-up of a dandelion plant

Ovadje told CBC Radio's Windsor Morning that the story of the work she has been doing tracks back to 2009.

"We had information from an oncologist, a collaborator here in Windsor, who had patients that showed improvement after taking dandelion-root tea," Ovadje told Windsor Morning.

"And so, with a phone call, we decided to start studying what was in this tea that made patients respond to it, so we started digging up dandelions."

Read the full story at the CBC web site

Posted by University of Windsor - Chemistry and Biochemistry at 10:50 AM No comments:

Prof. Stephen Loeb received the 2015 Excellence in Mentoring Award in recognition of his personal, academic and professional guidance of students, and contribution to their all-round development up to and following graduation. 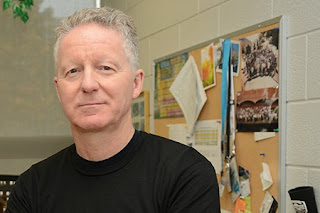 Prof. Loeb is a Tier 1 Canada Research Chair in Supramolecular Chemistry and Functional Materials - his PDFs, graduate students and undergraduate research assistants have all been crucial to the success of his research program, including their recent design of functional molecular machines.

To read a Daily News article about all of the alumni awards, please click here.

Posted by University of Windsor - Chemistry and Biochemistry at 11:38 PM No comments:

Congratulations to Prof. Jeremy Rawson, who was recently awarded the 2015 Roger Thibert award for excellence in teaching in the Faculty of Science.

Aside from his great teaching skills, Prof. Rawson is a Tier I Canada Chair in Molecular Materials, and he runs an active research program featuring undergraduate, graduate and post-doctoral students.  His research interests encompass inorganic molecular materials chemistry, main group chemistry, free radical chemistry, EPR spectroscopy and X-ray diffraction.  He has over 175 publications in peer-reviewed journals including multiple chapters in academic texts. 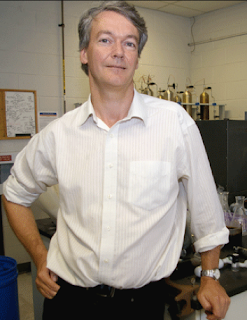 For more information on his research and teaching, please visit his web site at:
http://www.thiazyl.com/

Posted by University of Windsor - Chemistry and Biochemistry at 11:32 PM No comments:

Click here for a full description of the jobs, and to start your application!

The University of Windsor’s Department of Chemistry and Biochemistry invites applications for two tenure-track Assistant Professor positions as part of its expanding program in Materials Science in the areas of 1) Sustainable Materials and Green Chemistry, and 2) Health Applications of Materials commencing July 1, 2016. These positions are subject to final budgetary approval.
These positions are two of 50 new tenure-track Assistant Professor appointments that the University of Windsor will make over the next three years as part of a visionary strategic investment in our students and faculty. This cohort of 50 new teachers, scholars, researchers, and creators will demonstrate both disciplinary grasp and interdisciplinary reach, providing extraordinary leadership in research, teaching, and learning for a new generation. For more information on the 50 new appointments, visit us at www.uwindsor.ca/50newprofs/.

1) Sustainable Materials and Green Chemistry
The successful applicant will have a Ph.D. in Chemistry, supported by postdoctoral experience, with a strong track record of publications in organic/materials related research and a strong commitment to excellence in teaching. The applicant will be expected to teach courses in organic and organic materials chemistry at the undergraduate and graduate levels. The successful candidate will be expected to lead an active research group in organic materials chemistry with a focus on research relating to, but not exclusively limited to, sustainable materials, environmentally benign materials and/or materials processing for a greener environment. The applicant is expected to develop a vibrant research program supported by external funding and will have opportunities for collaborations with materials researchers in Science and Engineering.

2) Health Applications of Materials
The successful applicant will have a Ph.D. in Chemistry or Biochemistry, supported by postdoctoral experience, with a strong track record of publications in the fields of (Bio) materials and Health Science or related research and a strong commitment to excellence in teaching. The applicant will be expected to teach courses in chemistry and/or biochemistry at the undergraduate and graduate levels. The successful candidate will be expected to lead an active research group in the development and/or application of (bio) materials to the field of Health Science. The applicant is expected to develop a vibrant research program supported by external funding and will have opportunities for collaborations with materials researchers in Science and Engineering.

Only those applicants selected for interview will be contacted. The short-listed candidates may be invited to provide further information in support of their applications. To ensure full consideration, complete an online application and ensure letters of reference are submitted by the deadline date of November 13, 2015. Applications may be considered after the deadline date; however, acceptance of a late submission is at the discretion of the appointment committee.
Posted by University of Windsor - Chemistry and Biochemistry at 12:04 PM No comments:


Please join the Chem Club for our Annual Holiday Party! 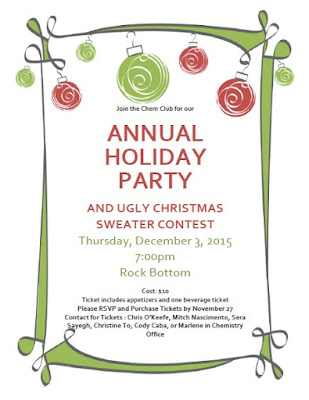 Posted by University of Windsor - Chemistry and Biochemistry at 10:09 AM No comments:

Tea with Lee at 3

She will provide the tea and desserts.

ALL GRADUATE STUDENTS, FACULTY, STAFF AND MMB STUDENTS are welcome!

The Faculty of Science has challenged all Science departments to a Food Drive.

Since Chemistry & Biochemistry have always been up for a challenge, and determined to win, we are asking that (if you're able to), bring one or two canned goods to the "Tea with Lee" event.

Be sure you bring them to the Chemistry office, #273 Essex Hall.  Do not put them in the big  box in the hallway, as this belongs to the Faculty of Science department.

See attached flyer for further information.  Hope to see everyone there. 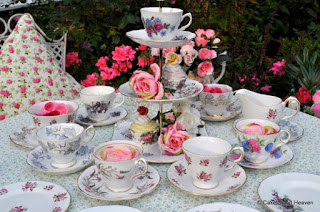 Posted by University of Windsor - Chemistry and Biochemistry at 10:50 AM No comments: